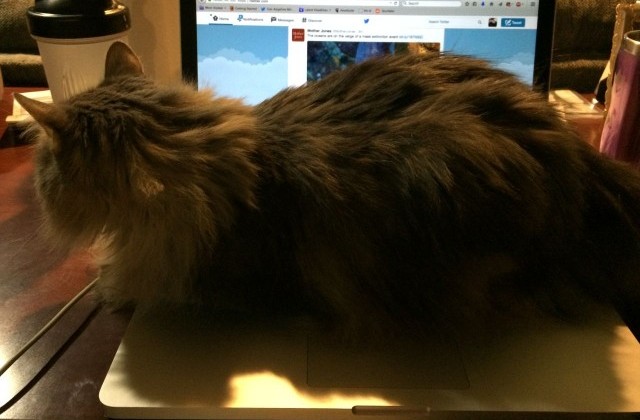 Kali on my computer, on my desk.

Those of us who work on laptops have probably enjoyed the fun of our cats jumping up on the desk, walking onto the keyboard, settling down, and getting comfortable, because clearly we weren’t working on anything important. It might seem like your cat is pointedly reminding you that she’s more important than whatever you’re doing at the moment, but it turns out that there may be a reason cats like computers.

Kali has liked my laptop ever since she was a tiny kitten. I came downstairs one day, and she was curled up in a tiny ball on the keyboard. When she was this young, she always seemed cold. I figured she crawled onto my computer and went to sleep because of the warmth. 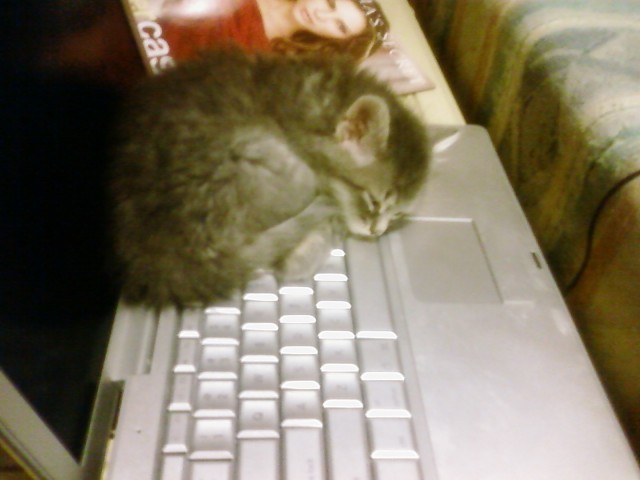 She kept doing it as she got older, too. 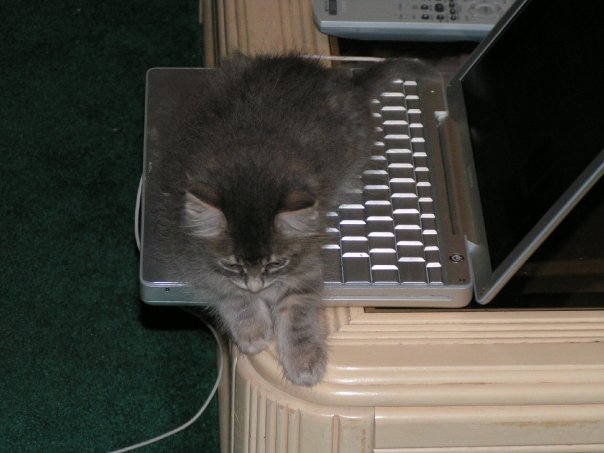 Kali, a little older this time, still liked lying on my laptop.

Petmeds.com agrees that a likely reason for why cats like computers—and will interrupt everything you’re doing to get on your computer—is because it’s warm. Laptops, as we’ve all noticed, get very warm, and stay that way. Your kitty sees your computer as her very own heated bed.

She also sees your fingers flitting across the keyboard quickly, which might trigger her hunting instinct. So perhaps she lies across your keyboard because she’s waiting for her “prey” to appear again. She might also be drawn to the cursor, or the graphics on the screen. Or perhaps she sees you as “playing with something,” and she wants in on the fun.

Kali has never watched my fingers intently, nor has she watched the screen for anything on it. I’m inclined to believe that she’s either still always cold, despite her Norwegian Forest-like coat, or she thinks she’s not getting enough attention. 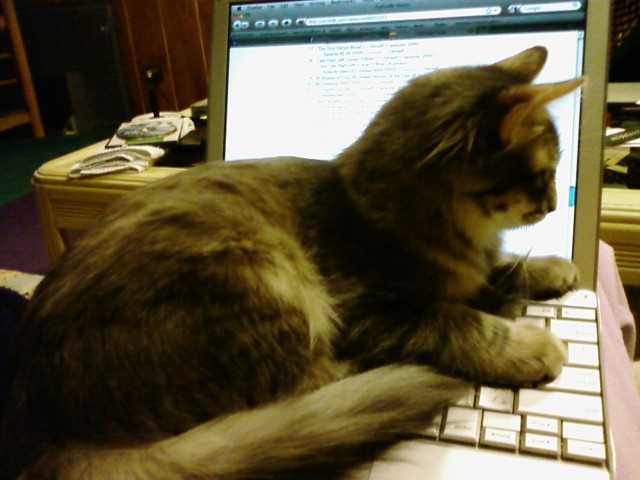 Kali, almost grown up, took over my computer again.

It’s also possible cats like computers because they want attention.

Petmeds.com says there’s also a possibility that cats like computers because they’re little princes and princesses like Kali. If you’ve noticed that your cat also interrupts you while you’re reading a book or the paper, then it’s possible she’s feeling a little starved for attention. She knows that you’ll pay attention to her—even for just a minute—if she walks across your keyboard or makes herself at home on your laptop.

Putting a bed (even a heated bed), or building a small shelf with a soft pillow on it, can give your cat both the warmth and closeness she’s seeking, while keeping her off your computer. Also, interactive playtime can help keep her feeling happy and fulfilled. There is, of course, the chance that this won’t work; some cats like computers and nothing else will do.