Cats’ eyes glow. It makes them look like they’ve got laser weapons for eyes. If you remember old cartoons, where the bad guys could shoot laser beams from their eyes (and some of the superheroes could, too), this can sort of look like that. Especially if they’re also glaring at you. What is it about cats’ eyes that make them glow like this? 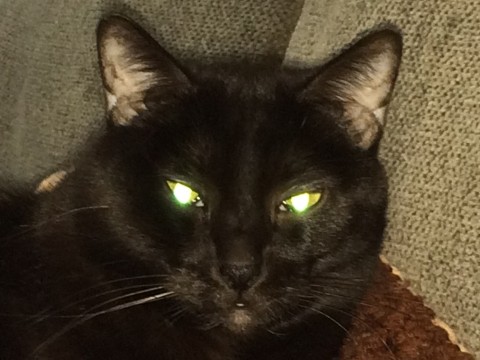 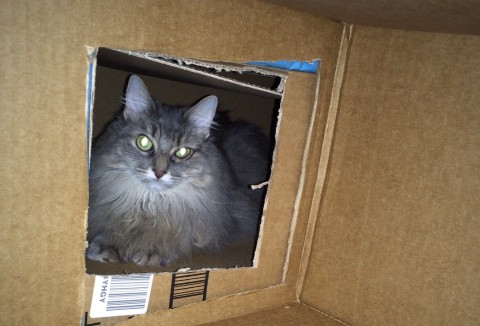 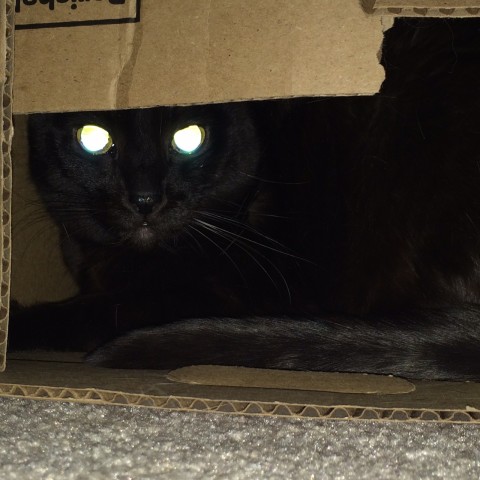 Cats’ eyes glow because of a special layer of cells

It turns out that cats’ eyes glow because they have a layer of reflective cells called the tapetum lucidum, according to Vetstreet. This layer is located between the back of the retina and the optic nerve, and functions almost like a mirror. The tapetum lucidum, along with the size of their eyes and pupils, allow cats to see moving things better in dim light. In other words, this is why they can see so well in the dark. 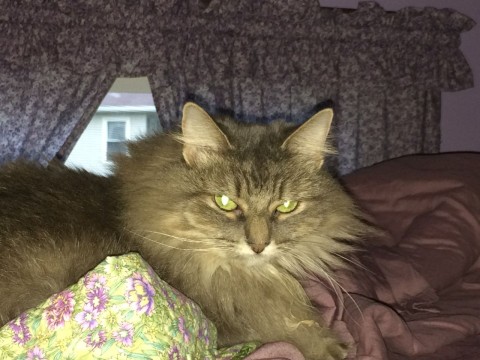 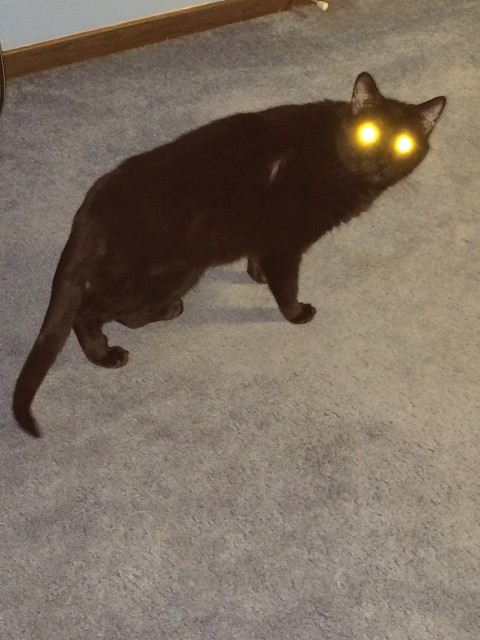 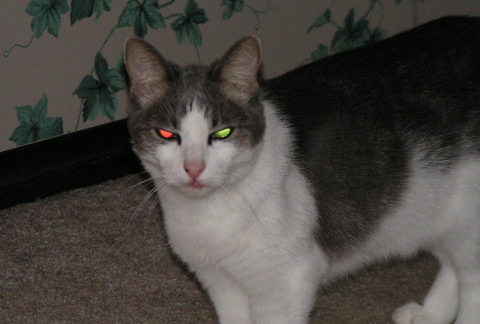 I’m not sure what breed(s) Kitty (above) was. However, she was an odd-eyed cat; she had one green eye and one blue eye. Vetstreet also mentions that eye color influences what color cats’ eyes glow. A cat with blue eyes has a red glow, and a cat with green eyes has a green glow. As you can see with Kitty, her blue eye glowed red, and her green eye glowed green. She could look frightening when we caught her in the right light.

Age has something to do with it, too. Below are pictures of Chase when he was a young kitten, and his eyes were just changing color. They had an eerie, violet glow to them. Today, his eyes glow green, like his sister’s. 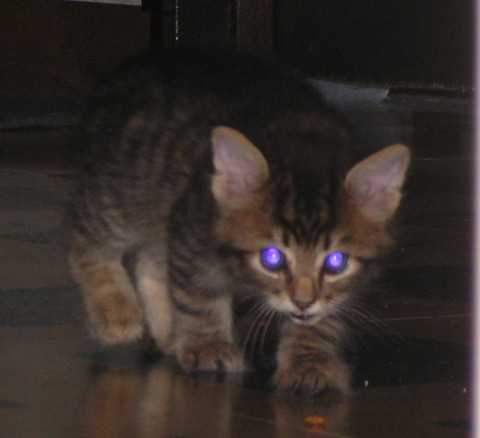 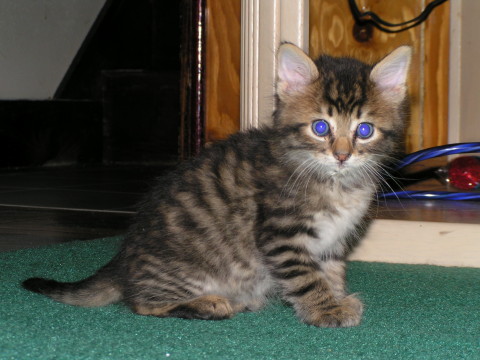 Vetstreet’s article says that, as cats age, the lenses of their eyes becomes denser. That affects how much light reflects back out of their eyes.

In other words, cats’ eyes glow because it makes them better hunters, especially for hunting in the dim light of dawn and dusk. It also helps them see better at night, which is another time that cats are active.

One Reply to “Cats With Laser Eyes: Why do Cats’ Eyes Glow?”