Have you ever wondered how to speak cat? Knowing how to speak cat can help you become friends with strange cats, provided they aren’t feral cats (feral cats will fear you pretty much no matter what). Contrary to human-speak, cat-speak isn’t vocal. Yes, cats do use their voices to communicate with us, but that’s not normal in their world. Cats speak in much more subtle ways, and if you want to make friends with them, it’s a good idea to learn cat language. 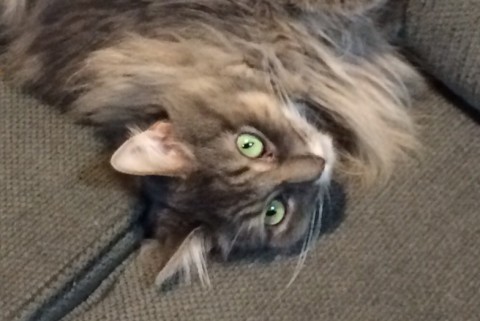 The various forms of cat language

Eye contact is huge in the cat world. Dianne Meriwether says, in The Huffington Post, that all feline aggression starts with eye contact. A polite cat is demure. An aggressive cat stares. Be polite. Next time you want to meet a strange cat, meet her gaze briefly, and then look away. See what happens.

If that works, and the cat decides to approach you, you can move onto the next level of cat language: Smell. Cats identify each other, and things, by scent, more so than they do by sight. Meriwether says that it’s best to offer the cat your hand, or even just a knuckle, to let her sniff and get your scent. Let the cat rub against you first, to mingle scents. This is the cat “claiming” you; she has decided that you’re worthy of becoming part of her territory. 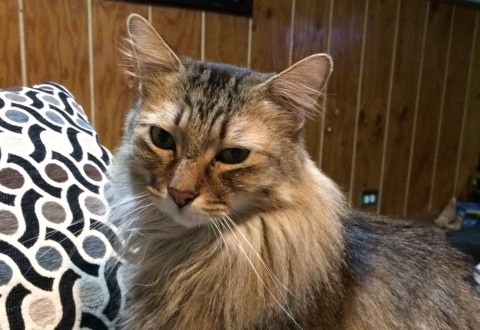 Once she does this, then you can move onto petting her. Stick to the top of her head and her back. Don’t try to touch her belly, her paws, or her chin. Just give her long, full strokes from the top her head, down her back, and up her tail.

At this point, Meriwether says not to start another stroke, because the cat will expect that. The cat, if she really likes you, will pretty much demand that you pet her again. Wait a minute or two, and then pet her again. When she’s asking you to pet her, you’ve become acquaintances with her.

The two biggest pieces of cat language you should know

You’re not friends yet, though. There are two more pieces of cat language you must learn before you can consider yourself friends with any cat. Meriwether says that, when you see her a second time, gently nod your head at her. This is a greeting, and chances are, she’ll nod back.

The final, and perhaps the most powerful, piece of cat language you will ever learn, though, is the long, slow blink. This, in cat language, is a type of kiss. Cats use it to convey friendship and familiarity; it says that they have enough trust in you to actually close their eyes in your presence. Make sure you make it a very slow blink, though, so the cat knows it’s not just a normal blink. If she’s used to this kind of communication, she’ll blink back.