Understanding how cats communicate is key to understanding cats. They primarily communicate through body language; their vocalizations are just a teeny, tiny part of what they try to tell us. One important aspect of communication is cats’ tails. It’s absolutely amazing what their tails can tell us about what they’re thinking and feeling. 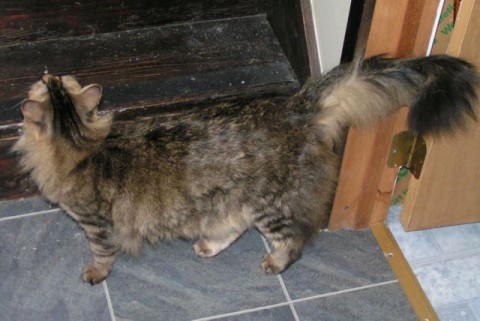 When cats’ tails are up in the air

When a cat has his tail up in the air, without arching or bristling, it usually means he’s feeling friendly. Straight up in the air, according to Maureen K. Fleury, is a greeting, while a shivering tail in this position means excitement or anticipation. Up in the air, with the tip curved (like a question mark), is still friendly, but he might be feeling some reservations about something.

When cats’ tails are up in the air, but twitching slightly, it could mean that they’re feeling slightly irritated. If your cat’s tail twitching actively, it means that he’s getting quite annoyed. If his tail is up, but bushed out, he’s feeling aggressive or defensive, likely against another cat. 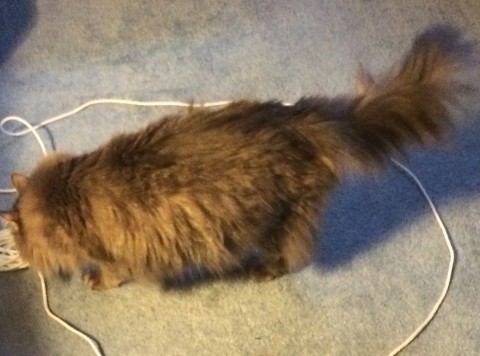 When cats’ tails are lowered

If your cat’s tail is gently curved upward, Fleury says it means that something has caught his attention. It could be something outside, inside, a sound, an object, or maybe something that you can’t see. When it’s got a gentle downward curve, but the tip is up, this means that he’s relaxed and content. You might see this after he’s woken up from a nap.

What else do cats’ tails do?

You probably already know that your cat uses his tail to balance. According to Catster, it acts as a counterweight when he hops or jumps, or walks along narrow pathways. It also helps him to stay upright when he’s running, while chasing prey, playing, or trying to get away from an enemy. 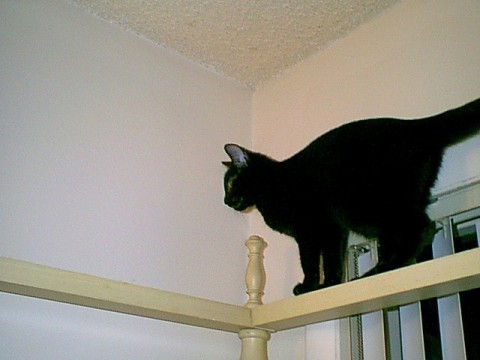 Catster also says that tail injuries can cause lasting damage, because while the spinal cord doesn’t extend into the tail, the nerves that branch out from it don’t have the protection of the vertebrae that protect the spinal cord itself. Some of these nerves control, and provide sensation for, cats’ tails, and they can be damaged in an injury.

If a tail injury occurs and your vet recommends amputation, fear not. Cats can, and do, live full lives without their tails. They learn to compensate for the lack of a tail pretty easily.

In short, cats’ tails are incredible instruments, and cats use them masterfully for all sorts of things. Pay close attention to your cat’s tail, and learn more about what he’s trying to tell you.