It’s a disease that those of us who have older cats dread. Chronic kidney disease, or CKD, affects at least one in three aging cats, and is the most common condition that aging cats suffer. Cat parents often don’t know their cats have it until their kidneys are badly compromised, because early symptoms are very easy to mistake for something else. Worse, diagnosing chronic kidney disease in cats has been limited to blood tests and urinalyses, until now. 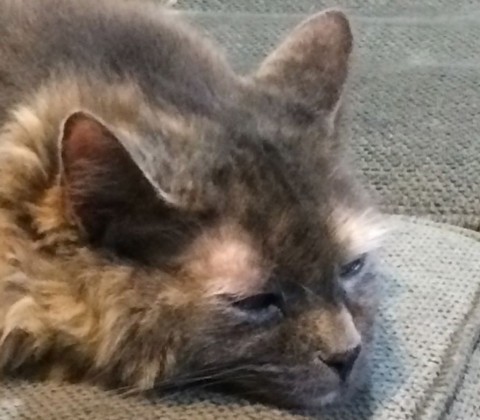 By the time traditional diagnostic methods can detect chronic kidney disease in cats, about 75 percent of their kidney function is gone, according to a story in Chicago Now. This means putting the cat on a special diet and medicine, and hoping she doesn’t lose more kidney function. It also often means a reduced quality of life for her.

A new test, which is supposed to be far more sensitive than current methods, can detect chronic kidney disease in cats far sooner – ideally, when there is only a 40 percent loss of kidney function. Symmetric dimethylarginine (SDMA), paired with the more traditional tests, may very well be a game changer in the way CKD is managed.

Dr. Kate Pietsch, who spoke to Chicago Now, says that cats can generally live a normal life with a loss of up to 50 percent of their kidney function. That isn’t true for cats with a 75 percent loss or more. She said that the cats she’s seen, where diagnosis was sooner, didn’t seem to be suffering at all. 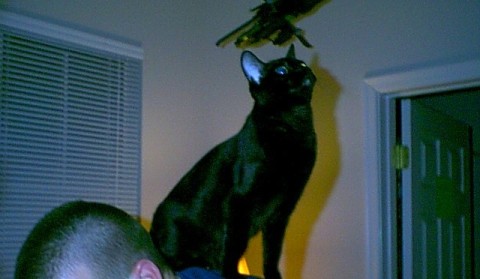 Chronic kidney disease in cats is on the rise

Between 1980 and 2000, incidence of chronic kidney disease in cats increased nine-fold, according to The American Association of Feline Practitioners. It now affects roughly 2 million cats in the U.S. 49 percent of those cases occur in cats over the age of 15. Symptoms of CKD include increased drinking and increased urination, along with weight loss, loss of appetite, and increased vomiting.

Anything that’s out of the ordinary for your cat may be a symptom of illness, so if you see any of these signs, or anything else that isn’t normal, you should call your vet to schedule an appointment.

We’ve been fortunate with our cats, as they don’t show any signs of CKD right now. However, one of our cats, Gizmo, is approaching 15 years of age. We’re starting to worry about her health, even though she still seems just fine, and downright kittenish at times. When I was a kid, though, we had several cats put down due to advanced CKD. We’d done all we could, and there was nothing left that could help them.

Even with this new testing, there is still no cure for chronic kidney disease in cats. What this will do is improve the quality of life, and possibly, life expectancy, for cats with this disease, according to Chicago Now. If you suspect your cat may be ill, with CKD or anything else, contact your veterinarian.