Did you know that cats are good for more than being pets, and hunting vermin? We have politicats, including the mayor of Talkeetna, Alaska. We have a cat named Limberbutt McCubbins, who’s running for president in 2016. We also have cats that work in libraries and small businesses. In Japan, we have an actual feline stationmaster. 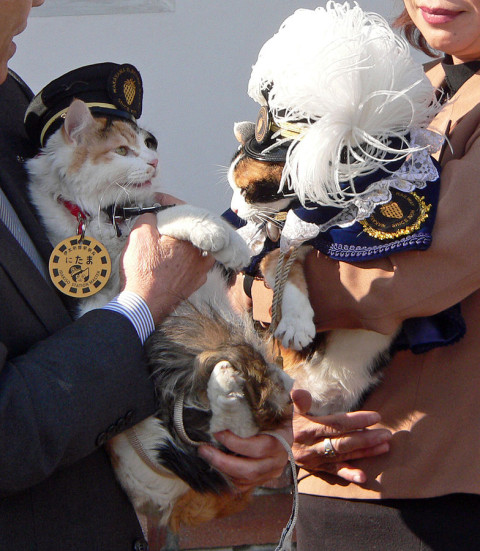 “Stationmaster NITAMA and TAMA 20110105” by Takobou – Own work. Licensed under CC BY-SA 3.0 via Wikimedia Commons

Kishi Station, in the rural Wakayama Prefecture in Japan, has had a cat named Tama as its feline stationmaster for years, according to CNN. Sadly, Tama passed away earlier this year. After a waiting period of 50 days (the traditional mourning period according to Japanese Shinto beliefs), Tama’s assistant, Nitama, was appointed.

CNN reports that Nitama has an impressive resume, which qualifies her to be feline stationmaster. She beat out several other candidates for the position. In addition to serving as Kishi Station’s assistant stationmaster for the last three years, she also served as stationmaster of Idakiso Station, farther down the track.

Nitama also recently graduated from Cat Stationmaster Training School. There, she had to demonstrate a relaxed attitude with people, and a willingness to wear the required hat. People consider her a “beauty cat,” compared with Tama, however, she was not promoted for her looks.

Kishi Station has had a feline stationmaster for a long time

Tama served as feline stationmaster of Kishi Station for eight years, after Wakayama Electric Railway took over the line. Back then, the station wasn’t used much, and they were thinking about closing it down altogether. They appointed Tama the stationmaster in an attempt to revitalize it. 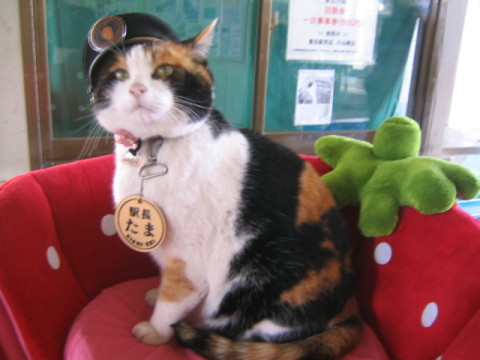 And revitalize it, they did. The feline stationmaster quickly became famous throughout the area. She began pulling in crowds of people who wanted to see her, which enabled the line to keep the station open. In 2013, the station had a Tama-themed café inside, and a souvenir shop that carries everything from pens to station uniforms.

Nitama didn’t just serve as deputy feline stationmaster there; she also ran the station on the weekends, and helped out while Tama napped.

3,000 people attended Tama’s funeral, and officials are working on a monument in her honor. Nitama, meanwhile, is prepared to assume her new role as head feline stationmaster of Kishi Station.