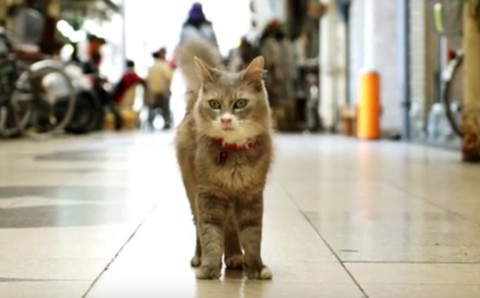 “Cat Street View” is part of Hiroshima’s newest tourism campaign. It shows 28 shops, seven landmarks, and the locations 11 of the prefecture’s most popular cats, like Rara, according to The Huffington Post. Onomichi calls itself a city “a town of slopes and cats,” and even has an area known as “Cat Alley.” They also have a museum dedicated to the beckoning cat sculptures known as Maneki-neko, which are said to bring good luck.

Tech Crunch likens “Cat Street View” to the bird’s eye view we can get from drones, and says it reminds us that there are other perspectives to consider when we look at the world around us.

“Cat Street View” is also a stunning example of how technology can help us to better understand what our cats see around them. It’s also an interesting contrast to the bird’s eye view that’s become so common with the rise of drone photography. “Cat Street View” may actually be a signal to venture capitalists that they should keep their eyes and ears close to the ground, in addition to up in the air. 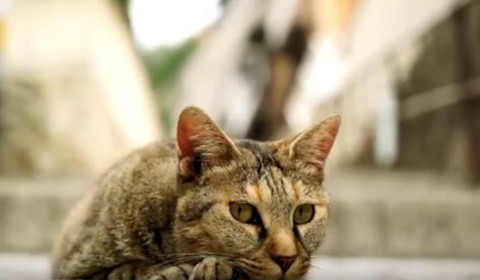 Yahoo! Tech says that “Cat Street View” will also help us understand the status of cats as the elite ruling class of the Internet. If there was any question about their status on the Internet, one just has to ask the ‘Net’s inventor, Tim Berners-Lee, about how the biggest surprise his invention has wrought. He didn’t expect cats to take it over.

Watch the video below to get a taste of “Cat Street View,” and see what Japan looks like from the point of view of our feline rulers: