Whether your cat is an indoor or outdoor cat, his behavior can be disturbing to guests that come to your home, particularly if he is a younger cat. All cats like to play, but younger cats like to play a lot more than older cats and guests, particularly those who don’t come over often, can misinterpret playful behavior as aggression instead, and teaching him some petiquette may be in order. 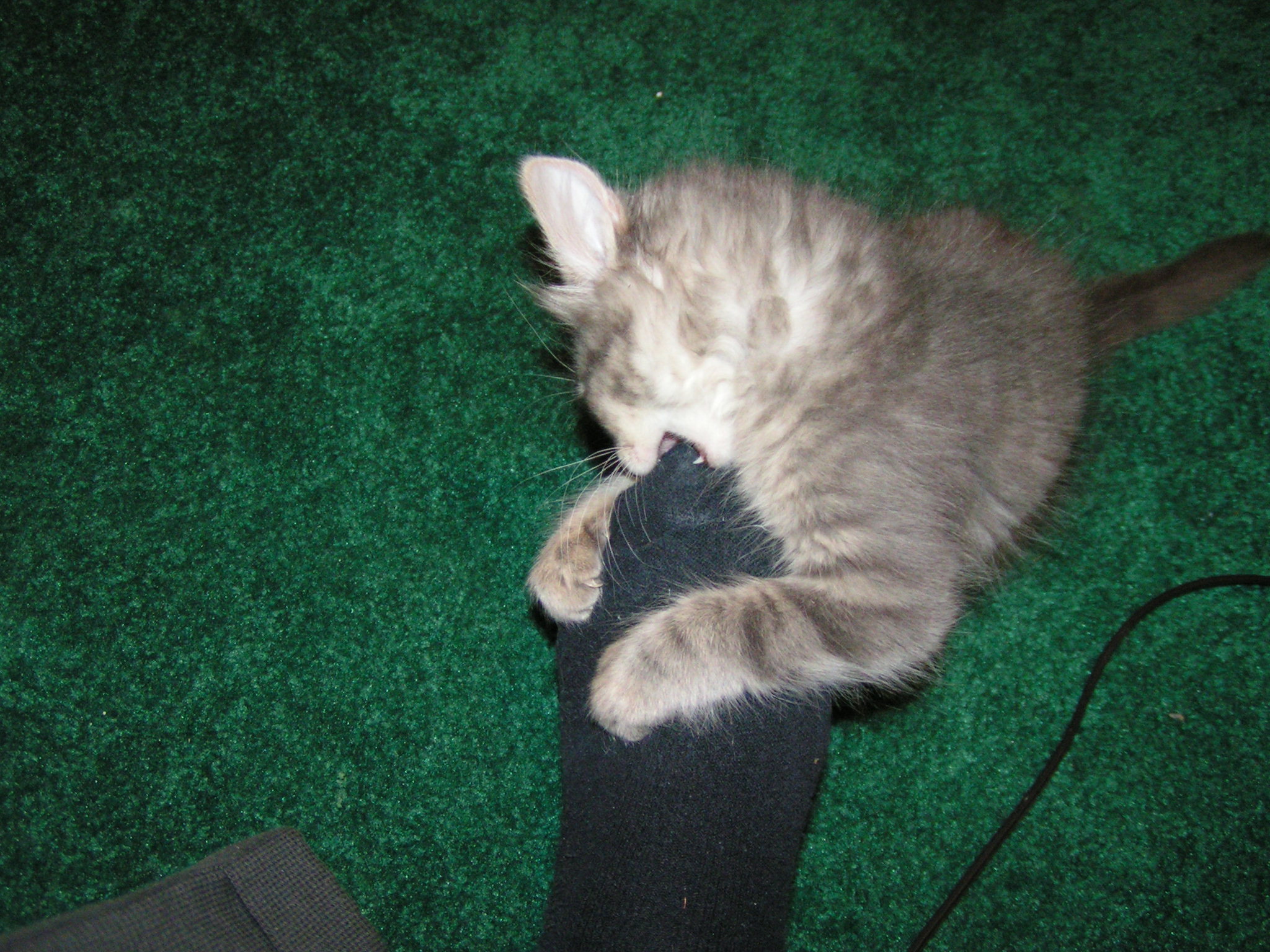 What is play aggression?

A lot of cats like to attack feet as people walk by or come around corners. This is one type of play aggression. Someone who isn’t used to cats may interpret this as an actual attack, rather than the initiation of a game, and they may become angry or afraid of your cat. While you may not mind having your feet attacked, it may be necessary to train your cat to restrict his play to toys, rather than hands and feet.

The first thing you need to do is find out what your cat’s preferences for toys are. Does he like things that roll, things that dangle, things he can chase but not catch (like lasers)? Cats seem to like small toys, such as small balls or objects dangled at the end of a rope; they prefer things they can chase and/or bat around.

Once you’ve identified what his preferred toys are, try playing with him twice a day, for at least ten minutes at a time, using those toys. Try and get him used to playing with toys and not your feet, and try tossing them around to get him to chase them. This can help direct his instincts elsewhere, and stop the play aggression.

If he likes to hide under beds or around corners and attack as you walk by, try tossing his favorite toys just ahead of you, or hold a dangle-toy ahead of you as you walk by his hiding places, and learn to toss them or shake them at the right time. This will help him learn to attack those rather than your feet.

Consider building shelves or getting a complex cat tree for your cat. Playful cats can expend a lot of energy climbing things. Put toys in various places on the shelves or cat tree for him to stalk and bat around. If his environment is engaging, he’s less likely to engage in play aggression. You may also want to build an outdoor enclosure for him and fill it with boxes, the cardboard tubes that come with paper towels, and small branches for him to climb around and play with. Insects can also get into this enclosure and stimulate his hunting and stalking instincts, and this too will make him less likely to engage in play aggression.

If your cat is a kitten that likes to attack your hands while you’re petting him, learn to recognize the signals of play aggression. They generally include widening eyes, a twitching tail-tip and intense focus on your hand where there was none before. While your kitten is in your lap, or next to you, and you see these signs, put him down and get up and walk away, showing him that you won’t tolerate that type of behavior. 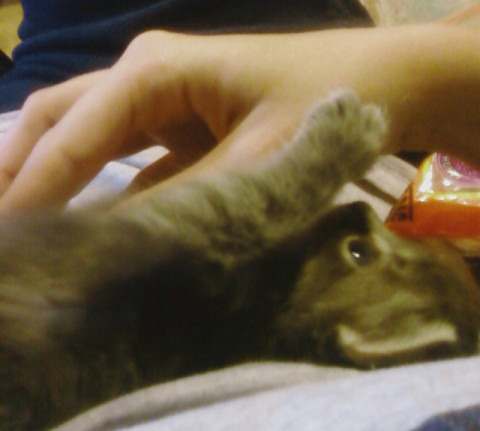 Also, make sure you play with your kitten for at least 20 minutes a day, and leave appropriate toys around while you’re away so he has a different release for his playful energy.

Above all, you must be patient when training your cat not to play by attacking. All training will take time and energy, and play aggression isn’t a reason to get rid of your cat or kitten. With care and training, you and any of your guests can walk through your house without having to worry about getting attacked from around corners or under furniture, or getting scratched and bitten while petting.