You love to pet your cat, but after a few minutes, she runs off, or worse, she turns and bites you. Why is that? Doesn’t she know that you’re just showing her you love her? She probably does know that on some level, but reaches a limit with the petting and lets you know with a nip. This is known as petting-induced aggression, and is actually fairly common. 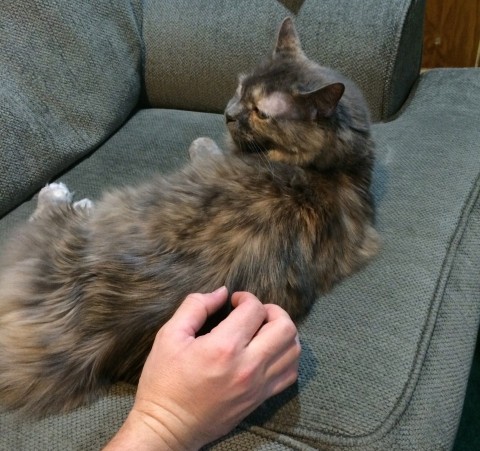 While it’s easy to think that our cats understand affection the same way we do, they actually don’t. According to the ASPCA, many cats that exhibit petting-induced aggression are friendly and social, and seek out attention. These cats aren’t shy cats that bite because you pulled them out from under the bed and forced them to cuddle.

What gives, though? She obviously wants attention, so why does she then bite you for it? The ASPCA says that behavioral experts don’t really understand this, but think that some contact, such as petting and stroking, quickly becomes unpleasant for some cats. When that happens, out comes the aggression.

Can you do anything about petting-induced aggression?

Worry not, though. There are ways to train your cat to enjoy being pet for longer periods of time, and reduce petting-induced aggression. An article on CNN explains that the process is simple, but takes a lot of love and patience. 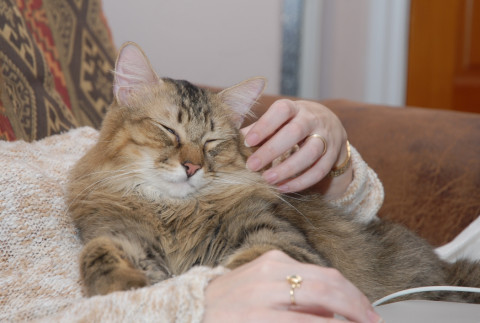 First, learn exactly how many times you can stroke your cat before she gets upset with you. She will give you signs, such as a twitching tail, or flattened ears. Watch her body language very carefully, and count how many strokes you can get in before she gets upset. Kristin Collins, a trainer with the ASPCA, says, “If she gets tense at stroke four, you know you’ve got a three stroke kitty.”

If she doesn’t tense up, then you can work on gradually increasing it to five strokes, and then six. Helping her associate good things with petting can help you increase your cuddle time with her. However, your cat may still end up having a limit. To avoid petting-induced aggression, don’t cross her threshold. You both will be happier if you give her attention on her terms.

2 Replies to “Petting-Induced Aggression in Cats – What can you Do?”