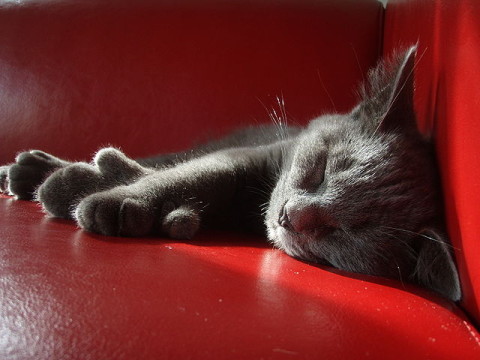 How do polydactyl cats get their extra toes?

Polydactyl cats have a mutant gene that causes them to have extra toes, usually on their front paws, according to natural pet food company Canidae. Some cats might have extra toes on all four paws, though. What’s interesting is that this is a dominant trait, rather than a recessive one. That’s why polydactyly is fairly common; it only takes one parent with the gene to create polydactyl kittens.

The first record of polydactyl cats comes from 1868, according to Vetstreet. Back then, polydactyls seemed to mostly live in New England and Nova Scotia, and it’s possible that the first polydactyls came to the U.S. with the Puritans. Polydactyl cats were also frequently seen on ships because the sailors thought they were good luck.

Why are they called “Hemingway cats”?

The name “Hemingway cat” comes from Ernest Hemingway’s cat, Snowball, who was polydactyl. Vetstreet notes that Hemingway loved polydactyl cats, and got Snowball from a ship’s captain. The Hemingway Home in Key West is home to many polydactyls, 50 of which are Snowball’s descendants.

Catster writer Angela Lutz notes that polydactyly used to be quite common in Maine Coons. The theory there is that the extra toes made Maine Coons’ paws wider, helping them to function as natural snowshoes. Maine Coon polydactyl cats aren’t as common anymore, but are still recognized as a separate breed.

Polydactyl cats might look like they have opposable thumbs, but the extra toes don’t actually function that way. So there’s no worry that polydactyly is an evolutionary trait that will help cats take over the world. Yet.