There are memes and cartoons circulating the Internet that show cats are jerks, because they like to knock stuff off of everything. Tables, shelves, bars; you name it, some cats will knock something off of it. What’s worse is that they seem to do it for no apparent reason, other than to aggravate us. Why do cats knock stuff off of, well, anything? 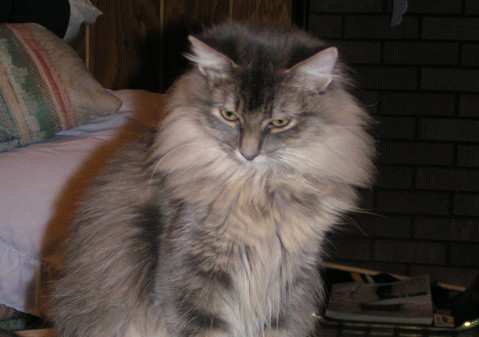 Your cat isn’t a jerk. There’s a reason cats knock stuff off

Parade spoke to famous animal behaviorist, Jackson Galaxy, about certain cat behaviors. For this one, Galaxy says that it could be boredom, kind of like giving a toddler crayons and no paper. “Hello, bedroom wall mural!” is how he explained what happens when you do that. One possible reason that cats knock stuff off of furniture and shelves is because they’re bored.

In my house, especially with Kali, that often seems to be the case. Kali is a little bundle of boundless energy, and if we don’t tend to that energy, she turns into a little rascal. It’s not uncommon for her to see something, like a tube of Chapstick, a piece of fuzz, a nail file or clippers, tweezers, or any other small or medium-sized objects, and suddenly decide they’re toys.

When she has balls, or little mice, to bat around, she’s far more likely to leave our stuff alone. Her behavior bears out what Galaxy says about why cats knock stuff off of tables. So what can you do, aside from more playtime, and ensuring your cat has ample toys of her own with which to play? 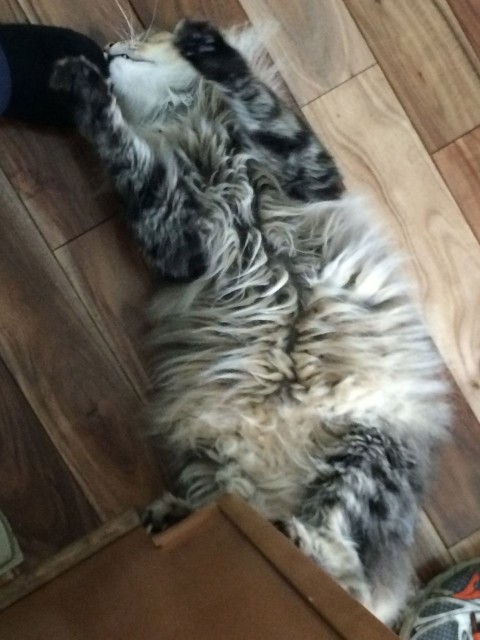 In addition to plenty of toys and playtime…

Cats also tend to find the outdoors fascinating, so in addition to toys, provide lots of window perches and non-toxic plants, to keep your indoor-only cat even happier. You can simply plant some cat grass and catnip in pots around your house, or you can actually create a cat garden as a refuge for your kitty. Put some toys in the cat garden, and having cats knock stuff off of tables might become less of a thing in your house.

The bottom line is, cats knock stuff off of tables because it’s in their nature to do so. It does make them seem like jerks, because they do it at random. But take heart! There are ways to address this. And if you can’t, you can always just ensure that whatever your cat knocks off won’t break.