Like most places, Israel has a problem with feral cats. They’ve been using a trap-neuter-return-like policy for awhile, but their Minister of Agriculture isn’t satisfied with the results. He wants to see Israel deporting cats. Not all of them, but at least half of them. He would deport all the males, or all the females, to which we say, “Good luck with that.” 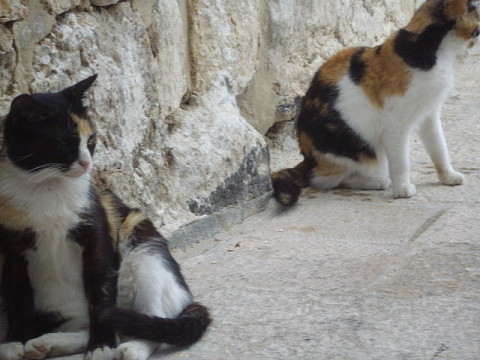 Image by Rudolph.A.furtado. Licensed under Public Domain via Wikimedia Commons

According to a story in the Washington Post, you can find cats in dumpsters, in alleyways, at landmarks, and pretty much everywhere, just in Jerusalem. Correspondent William Booth says that it’s rare to see rats in Jerusalem, which isn’t surprising since one of the things cats do is keep away the vermin. It’s why the New York city bodegas, some Chicago breweries, and other businesses in other cities, specifically employ cats instead of exterminators. Simply put, cats work a lot better for this.

Why is deporting cats such a bad idea?

Israel currently spays and neuters its feral cat population. It’s a type of trap-neuter-return, which actually does work to slowly reduce feral cats. Israel deporting cats, though, could result in a dramatic increase in the number of cats roaming the streets. Why is that? Cats can breed several times a year, and it’s impossible to catch all of them quickly enough to stay ahead of the breeding.

However, Agricultural Minister Uri Ariel wants Israel deporting cats because he’s worried that TNR could violate Jewish law. Indeed, Rabbi Shlomo Brody, of “Ask the Rabbi” in the Jerusalem Post, says that Jewish law does prohibit sterilizing animals in general. The prohibition is lighter and more complicated when it comes to female animals, but is still there.

We’re talking about a national policy designed for the benefit of both people and animals, though. Simply removing cats doesn’t work, and Israel has too many of them for such a policy to work. Furthermore, exactly where would Israel send these cats? They need a receptive country (or countries), and most of us have enough trouble getting a handle on our own feral cat populations. 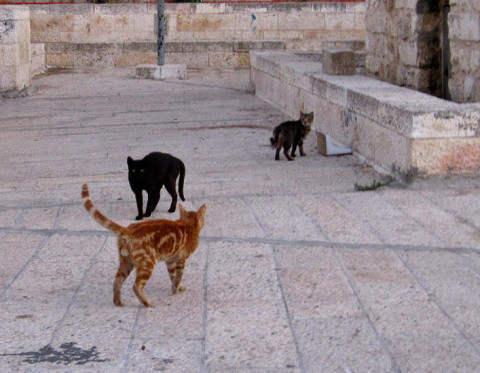 If we see Israel deporting cats, what else will we see?

Should we actually see Israel deporting cats, we can also expect to see their cat population explode. Both scientists and Knesset members are upset with the proposal, and slammed Ariel for even thinking of it. They’d rather put their best minds to work on figuring out a better solution. They may be the smarter people here, because this is a proposal that just will not work.

Fortunately, we probably won’t see Israel deporting cats anytime soon, because the Jerusalem Post reports the proposal has already been voted down. Here’s hoping that Minister Ariel can come up with a far better, and more effective solution.