We hear in old songs, and read in older books, about “putting out the cat.” For most of our history with house cats, the lack of kitty litter made it so people had no way of dealing with their cats’ waste. That’s one reason why cats lived outside at least part of the time. 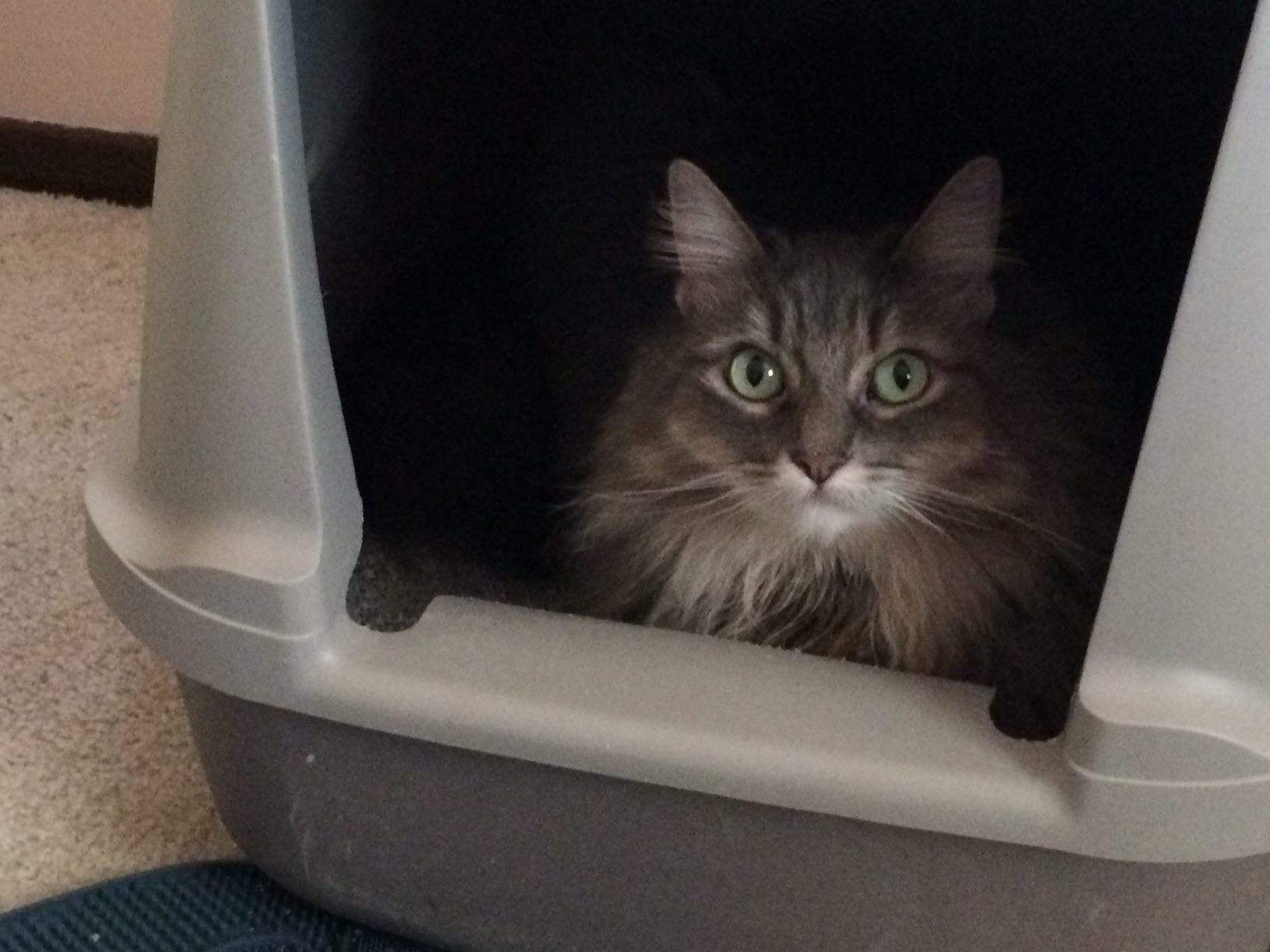 Who first invented kitty litter, and why?

Then, in 1947, came the invention of kitty litter. According to Businessweek, Ed Lowe invented the stuff when he tried marketing a substance known as fuller’s earth to farmers as “chicken litter.” The farmers, of course, were not interested, and Lowe was left with a pile of unsold fuller’s earth.

One day, a woman who needed sand for her cat’s box came into Lowe’s store. He sold her some fuller’s earth instead. She was so delighted with the way it worked that she came back, and she brought friends. Kitty litter was born.

Competitors in the market emerged quickly, because, as Businessweek puts it, kitty litter was a bag of dirt. There is no patent for fuller’s earth, so anybody could bag it up and sell it to cat owners. Lowe kept expanding, trying to break out of his southern Michigan market. The launch of Tidy Cat came out of this effort.

What did people do before kitty litter?

Before kitty litter, people kept piles of dirt, sand, cinders, ashes, sawdust and paper around for their cats, but these substances didn’t do anything at all for odor. Vetstreet says that, in the 19th and early 20th centuries, this might not have been a big deal. People were far more tolerant of biological smells back then, because of horse manure in the streets, stables and farms everywhere, and the fact that we didn’t deodorize our own human scents into oblivion. Plus, urban cats were allowed to live outside (like farm cats), so they didn’t use indoor boxes very much, anyway.

As technology progressed and more people drove cars, and bathed more often, the smell of cat urine in the house became more of a problem. Lowe’s discovery that fuller’s earth absorbed odor may have been accidental, but it was also revolutionary.

Now, cats could live inside full time, and Lowe set about working to improve kitty litter. Tidy Cat housed dozens of cats who played, slept, and ate well, so they could determine what cats would use, and what they wouldn’t.

The truth is, without kitty litter, we wouldn’t have indoor-only cats, and they probably wouldn’t rule us and the Internet. What would the world be like if nobody had invented kitty litter? It’s a horrifying thought.