You may have seen a video around the Internet showing how a binder clip on a cat’s scruff will calm him down. You may have also heard that scruffing cats is a good way to make them behave themselves, or to discipline them when they mess up. Mother cats carry their kittens around by their scruffs, and kittens go limp when their mothers pick them up. It stands to reason that scruffing cats is a good way to stop bad behavior when they’re adults, right? 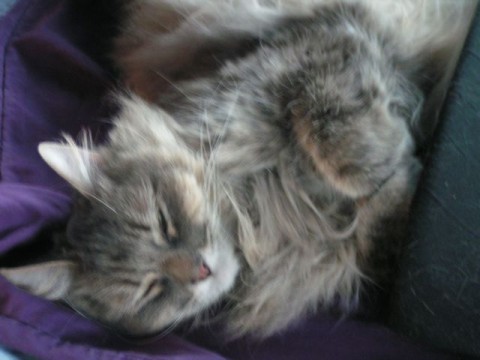 The truth about scruffing cats

Wrong. Really wrong. Cat behaviorist Anita Kelsey says that many clients say they grab their cats by their scruffs when they’re misbehaving because that’s what their mothers would have done. The problem is that mothers only carry their kittens by the scruff when they’re moving them. They don’t do it any other time.

The truth about scruffing cats is that it can actually make bad behavior worse. It’s uncomfortable for the cat, and can make him feel more guarded and defensive, not more relaxed. The response of a young kitten to his mother picking him up by his scruff doesn’t really persist into adulthood, and you could unnecessarily stress your cat out if you scruff him.

Mother cats also know how much pressure to apply to their kittens’ scruffs to pick them up and move them. We, on the other hand, have no idea how best to pick up a cat by its scruff. Adult cats obviously weigh a lot more than young kittens, and it’s extremely likely that scruffing cats when they’re adults can actually injure them. It certainly causes pain.

I did once scruff a cat, but there was no other option

My sister’s cat, Maggie, and our cat, Gizmo, did not get along at all. Their relationship was very adversarial, and they were known to fight each other aggressively enough to cause injury. One afternoon, an orange and black ball of snarling, screaming, hissing fur came tumbling into the living room. Their teeth were out, their claws were out, and they were clearly trying to tear each other to bits.

My sister and I had no choice but to separate them as quickly as possible, and in such a way as to minimize the potential for injury to ourselves. I took Maggie by her scruff, while she took Gizmo by her scruff, and we pulled them apart and held them as gently, but firmly, as we could until they were calm.

Here’s how we accomplished that 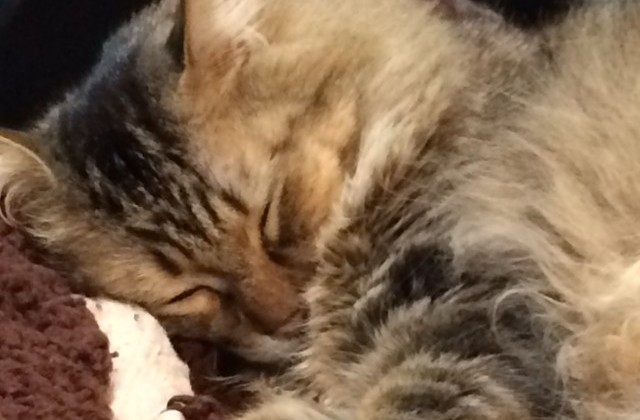 That prevented injury to us, and also helped to calm and reinforce trust in two very angry and aggressive cats, rather than making the situation worse. Kelsey says that the only time you should ever scruff your cat is when you need to restrain him very quickly in an adverse situation, like the one above. Note that we had them by their scruffs for as short a time as possible.

This is not something that I recommend anybody do whenever their cats are bickering. The fight above was a really serious situation, not the usual, mild sniping you might see between two cats that merely tolerate each other.

The videos you see of people scruffing cats, and people holding their cats up by their scruffs, thinking it’s funny, shouldn’t be used as teaching for how to handle a cat. They shouldn’t be out there at all. It’s not okay to scruff your cat, especially as a disciplinary measure. For how to properly train your cat, in a way that stops unwanted behaviors altogether, and helps to build trust and strengthen your relationship, click here.