Cats are often described as aloof loners; creatures that would rather be left alone than cuddled, pet, or otherwise attended to. They love turning their backs to us, which, in human-speak, is rudely and coldly dismissive. We tend to ascribe human emotions and behaviors to what cats do, when there are often very different reasons for similar behaviors. When a cat turns its back to you, it’s actually a sign of trust, and a huge compliment. 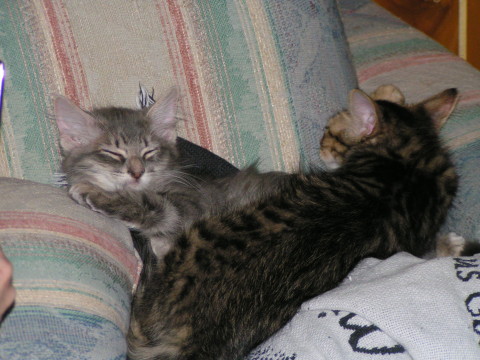 Chase turns his back to me all the time, but he still loves me

My cats do this all the time. At night, Chase will hop up on the bed, cuddle on me for awhile, and then go down toward my feet and make himself comfortable with his back to me. He’ll angle his ears at me if I say his name, or if I do more than turn over, but he keeps his back to me, even if he’s listening to what I’m doing.

Chase does this because he trusts me, not because he’s through with me and wants to go to sleep. Cats are both predator and prey, and as such, must always be on the lookout for potential danger. Allowing something to sneak up behind them is something cats simply don’t do. A cat turns its back to you because he knows that you’re not going to hurt him.

When a cat turns its back to you, it’s one of the ultimate signs of love

Take heart, though. Your cat’s neck is flexible, and he’ll turn his head to look up at you, and into your eyes, with his best lovey-dovey look. So when a cat turns its back to you, know that you’re getting paid one of the highest compliments a cat can give.

2 Replies to “When Your Cat Turns its Back to You, What’s he Saying?”