A recent study in Australia shows that cats wearing brightly colored scrunchie collars are less able to catch and kill birds. Specifically, red and rainbow collars seem to be the most effective for this.

How can scrunchie collars protect birds from free-ranging cats? 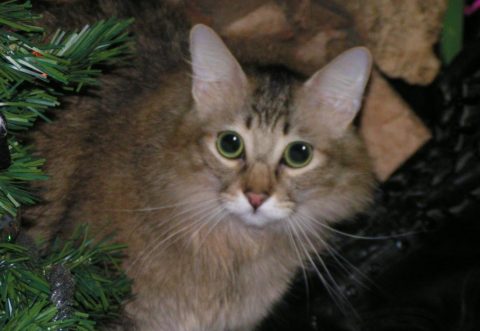 It’s because birds are attuned to bright colors. Bright colors are at odds with a cat’s coloring and markings, which are designed to camouflage them in their environments. The scrunchie collars defeat that purpose and act as a warning system for birds.

Many places have problems with free ranging cats. Various studies, done within the last few years, apparently show that free ranging cats are responsible for large numbers of bird deaths around the U.S. In fact, it’s far larger than previously thought. Those studies have sparked widespread criticism, and a hot debate about just how to manage free ranging cats.

NPR discussed one study, saying that it was a meta-study, meaning it was basically a study of other studies. The authors of this study said that they didn’t have any empirical data on the number of un-owned cats (stray or feral) in the U.S. NPR believes that alone casts doubt on the study’s findings, and they cited numerous other problems as well.

Alley Cat Allies blasted another study, saying that the researchers’ sample size (just 69 birds) was way too small to be accurate. The study also only looked at a very small a radius (roughly three miles), and can’t be very accurate that way either. That study also concluded that free-ranging cats might kill several billion birds annually.

Richard Conniff, an op-ed contributor for The New York Times, wrote a column called, “The Evil of the Outdoor Cat.” In it, he discussed all the ills that society wreaks on the environment, and on wildlife habitats. Despite that, he still seemed to place the bulk of the blame for declining wildlife populations on cats, despite the fact that our large populations of free ranging cats are our fault, not theirs. 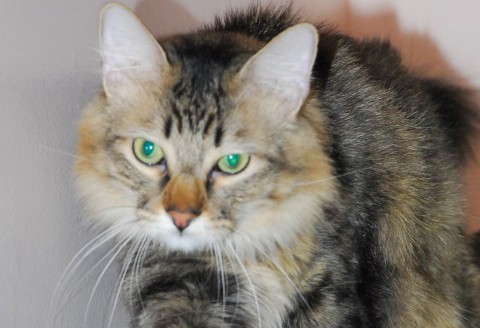 According to Birdsbesafe, one manufacturer of these scrunchie collars, the bright material surrounds a standard breakaway collar, so if the cat gets stuck, the inner ring will break apart allowing both the collar and the fabric tube to fall free. That reduces the risk of strangulation. They also say that cats can feed and groom with it on, so owners can leave it on all the time.

It’s not practical to expect feral cats to accept brightly colored scrunchie collars, or any collar at all. Feral cat caretakers often have enough trouble just trapping them for neutering and shots, and these cats don’t tolerate handling. However, owned cats can wear these collars just fine. Perhaps they’ll become popular enough to help reduce friction between cat owners with indoor-outdoor cats, and bird lovers.