For many of us, our cats are part of our families. They’re more than just pets, they’re companions who nurse us through tough times with their cute antics, and their quiet understanding and sympathy (or they cheer us up with such an obvious lack of sympathy that it’s laughable). They give us things to giggle about, like they know they can entertain us and take advantage of that. They can act like little children, too, jumping up where they aren’t supposed to, only to jump back down and become all wide-eyed innocence when caught, like a small child insisting his hand was not in the cookie jar. But sadly, we’ll see when our cat dies, often before we do, and it’s devastating. But not everyone will have words of comfort or empathy when it happens, and that can be worse.

Recently, I’ve been comforting a friend whose beautiful feline friend died suddenly. He and his wife are grieving, their child cries over her loss, and for what? Who cares when a cat dies? She was just a cat, right? 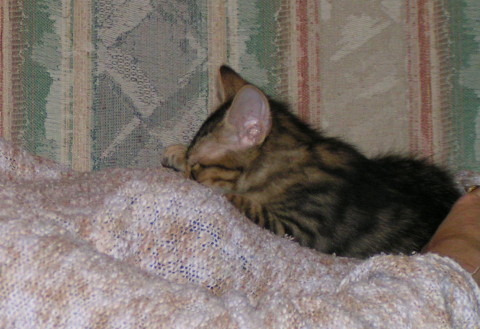 WRONG. When a beloved cat dies, you lose a full member of your family

Our beloved feline companions are not just cats, whatever people who don’t understand may say. Your cat didn’t judge you for any mistake you ever made, when the people around you did. He didn’t offer advice that was both unhelpful and unwanted when your relationship fell apart. He knew when you wanted company the last time you had the flu, and when you just wanted to be left alone in your utter misery to try and get at least one moment of sleep. You knew his love was true and unconditional, even when it felt like nobody in the world loved you. He was, in many ways, your best friend, and so much more. So when your cat dies, it’s awful.

An article on the North Shore Animal League’s website tells the truth when it says that nobody is surprised to see us grieve over the death of a loved one, but many are when they see us grieving that same way when our cat dies. Non-pet owners often feel that a pet is just an animal, and that you’re making a huge deal over nothing (some who have pets of their own do this, too). These people might even question your mental health, which is just plain offensive.

Cats are fantastic at hiding when they’re sick 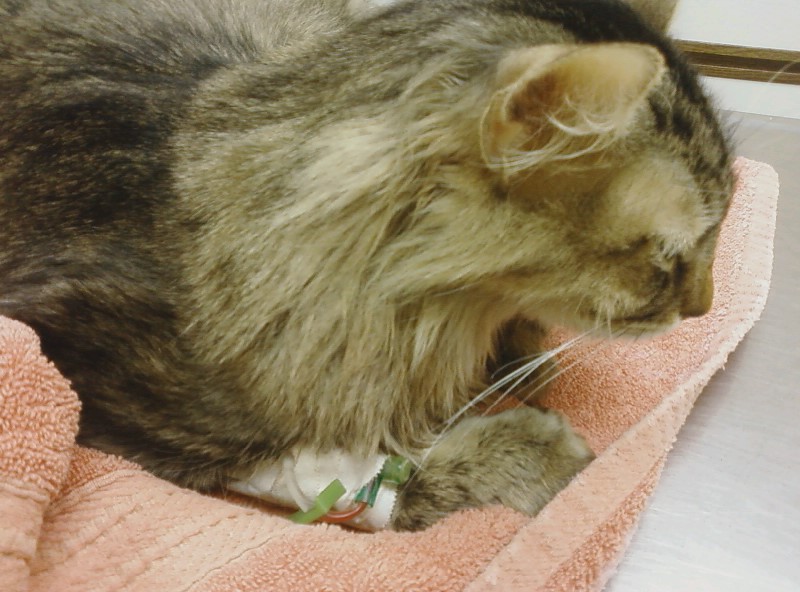 With our cats, a death can be especially devastating because we often have no idea that they’re even sick until it’s too late to do anything. Cats are very good at hiding illness until they’re too sick to keep putting in the effort. Alessandro Macaluso published a poignant article about her cat, Bear, and how he’d seemed just fine two days before his death. He had a large mass on his bowels, which killed him.

My friend’s cat may have felt perfectly fine before she passed, too, but she may also have been hiding something. She suffered from hyperthyroidism and had high blood pressure as a result. He doesn’t know exactly what happened – she appeared to have a seizure, for which they took her to the vet. Later in the day, she passed away in her sleep. Who knows whether she was feeling bad, or if the seizure came upon her as suddenly as it looked? Not knowing that your he’s even feeling bad makes it that much harder to process it when your cat dies.

Arin Greenwood talks about what it’s like when your cat dies unexpectedly. She, too, wonders what she could have missed when her cat, Derrick, died suddenly. The vet said it was likely a stroke or a heart attack, but she and her husband second-guessed themselves for a long time, wondering what they missed.

Some people are just plain insensitive

There are people who will ask you how you could possibly not know your cat was sick. The truth is, it’s not hard, and it doesn’t mean you were neglecting him in an way. Chase was once very sick, but he just seemed slightly out of sorts and I thought maybe he had a little bug. I felt silly taking him to the vet, but it turned out he was so sick he needed emergency surgery (fortunately he survived and is still with us). He’s a master at hiding when he’s not feeling well. Most other cats are, too.

Even when you know that his time is limited, it’s still devastating when your cat dies

But even if you knew your cat’s time was coming, it can still be very difficult when he actually does go. Yes, you knew, but that doesn’t make it easier. Those who don’t understand might say, “But you knew it was coming.” You might know it’s coming with a human family member, too, but that doesn’t mean it doesn’t hurt.

Macaluso and Greenwood were understandably devastated over the deaths of their beloved cats. And those who would say, “It’s just a cat,” to them, or to us, are those who just don’t get how painful it is when our cat dies. You don’t have to justify your grief—or your love—to them. He was your family, your companion, and your friend. And it’s perfectly okay to grieve, and to do so in your own time and your own way. He was not “just a cat.”