Late last week, we had a massive scare. Thursday morning while my husband was feeding our cats,  everything seemed just fine, like a normal morning, right up until it wasn’t. Chase randomly peed on a bedroom door and was suddenly in severe distress. He’s an example of how sudden, and how serious, UTIs in cats can be.

After he peed on the door, he tried to slink away under the bed, but my husband gently pulled him back out. Then he just lay on his side on the floor, acting like he was straining to pass something. Our first thought was a blockage so we rushed him to the vet. On the way there, he vomited, and then he lay back down and went back to straining.

This is what he looked like. I’m including this video because I feel it’s important in understanding one possible, alarming symptom with severe UTIs in cats (you might also see this with blockages. This behavior requires immediate veterinary care). Had we understood what we were looking at, he might have been correctly diagnosed sooner. **PLEASE NOTE: I TOOK THIS VIDEO AFTER WE GOT HOME FROM THE VET, BEFORE ANY MEDICINES HAD TAKEN EFFECT.**

He had some diarrhea in the carrier too, so at the time, the vet was thinking Chase was in gastro-intestinal distress. X-rays did not show either urinary or gastro-intestinal blockages, so she thought he had gastro-enteritis and gave us medicine to treat that. He seemed to improve, but about 24 hours later he relapsed, and then, all through Friday night, he seemed to get worse. I didn’t sleep at all.

By Saturday morning he didn’t want to move at all, and he was guarding his abdominal area. If I tried to touch his tummy, he’d kick at me weakly. So I rushed him back to the vet.

Once there, she wanted to do more x-rays, but changed her mind when she took a urine sample. It was so discolored she brought it in to show me. The red cells in the sample were too high to count, as were the bacteria in the sample. Chase was also running a fever (he hadn’t been on Thursday, when we first took him in), and the obvious pain he was in made the vet worry that the infection had spread to his kidneys. She gave him sub-q fluids because he was dehydrated, and brought him back to me all wrapped in a towel.

She sent the urine sample and blood samples to a lab for a full analysis, and I should hear something either today or tomorrow.

How best to treat UTIs in cats?

UTIs in cats are best treated with a broad-spectrum antibiotic, like Clavamox. The vet gave me seven days’ worth, and told me to keep giving him the medicine we’d originally gotten for gastro-enteritis because it has an anti-inflammatory effect. As soon as I got home, I gave Chase his first dose of Clavamox.

About six hours later, it appeared that Chase’s fever broke. He looked more alert and seemed to have a little bit more energy, and even wanted some water:

He also ate some dinner last night, and he ate a little breakfast and “lunch” today. And then he ate pretty much a full dinner. He’s enjoying his pill pockets, too, so giving him his meds on schedule isn’t hard. 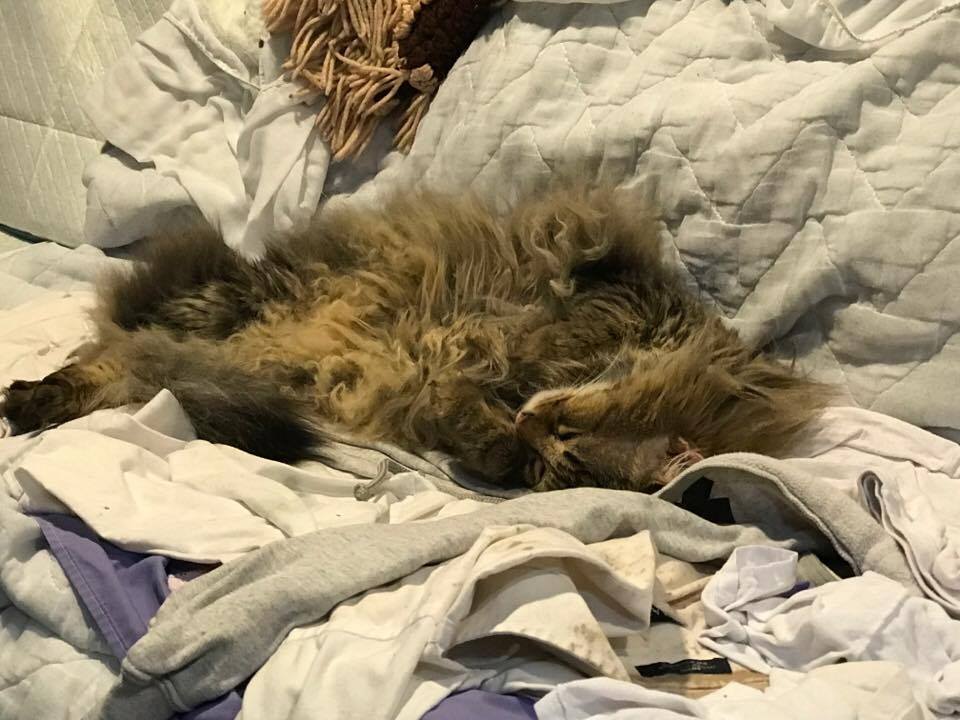 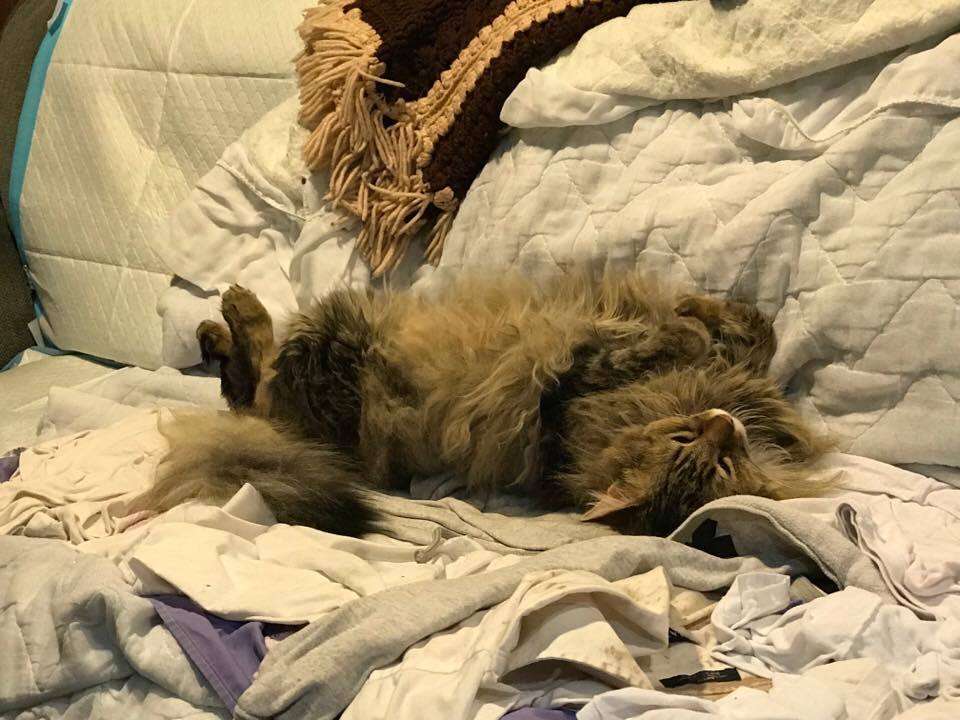 What are some of the symptoms of UTIs in cats?

UTIs in cats are nothing to mess with. It’s vitally important to get your cat to the vet as quickly as possible for care if you notice any of the following:

Left untreated, UTIs in cats can lead to pyelonephritis, which can damage your cat’s kidneys. This is what our vet is worried about with Chase. I think we got lucky with him given how sick he was just 48 hours ago. If you suspect your cat might have a UTI, call your vet immediately.

11 Replies to “UTIs In Cats: What To Look For And What You Should Do”